David Soknacki, Chair of the Downsview Park Board of Directors has pulled every dirty trick in the book to evict the museum from its current home, the former de Havilland plant, where Tiger Moths and other gems of aviation history were first designed and built. Among his underhanded shenanigans, Soknacki has refused to recognize the historical and heritage significance of the building.

Here are a couple of interviews broadcast on Dale Goldhawk’s Zoomer Radio show. These explain the whole situation from each of the protagonists’ perspectives. The first is with Ian McDougall, chairman of the museum:

The second is with David Soknacki, chairman of Downsview Park:

Soknacki and the rest of the board of Downsview Park will go down in history as destroyers of our heritage. They’ll be remembered with the same vitriol reserved for John Diefenbaker, who not only cancelled Canada’s greatest aviation engineering triumph, the Avro Arrow, but inexplicably had all the plans, models and prototypes destroyed. 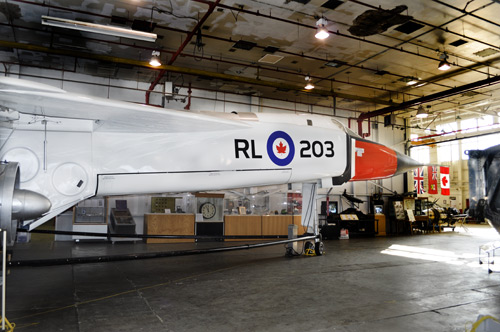 Mr. McDougall gave the keynote speech at the museum’s recent Remembrance Day ceremony. I found the words so moving and poignant, I asked for a copy, which I am now reproducing here for your benefit.

Remarks by Ian A. McDougall

given on November 11, 2011 at the Canadian Air & Space Museum’s Remembrance Day ceremony

– addressed to those present, and more importantly those past…. 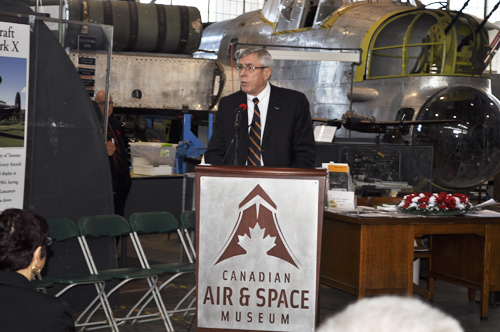 Today is a day of deep reflection. “Let us Never Forget” must never become a hollow cliché. “Let us Never Forget” means more today than it ever has for the Canadian Air & Space Museum here in Downsview Park. “Let Us Never Forget” is our mission statement. “Let Us Never Forget” is a Nation’s sacred promise that goes beyond a simple piper and a wreath laid by a dignitary in Ottawa. But the promise is hollow if we fail to tell people what it is that they must not forget. Putting “Royal” back in front of the “Canadian Air Force” isn’t homage to the memories of your valor if we don’t tell your stories. You gave your youth, lives and innocence for us. But while your wartime experiences will always be yours, the accounts of what you did belong to each generation that follows. And what can be said of a generation or a Government that says “we can’t invest in presenting your stories, your pictures, your sacrifices, your hard work, your papers, diaries and machines of war? The Canadian government can only afford a few ads with just your pictures and must keep it simple.” Does this work for you?

Well it doesn’t work for us! The generations that follow you are being cheated if they have no more than your pictures as you grow old. They need texture. Texture is the Jewish Lancaster pilot from Toronto who risked death in the air and an even worse fate on the ground every night he flew over Nazi Germany. Texture like the engineers that found a way to make the world’s premier fighter bomber out of wood. Texture like the factory workers who toiled without regard to factory conditions or job descriptions or overtime rules day after day to make Tiger Moths, Mosquitos and the Lancaster bomber you see before you or the scientists who figured out how the cathode ray direction finder might be adapted to work as radar in a night fighter over London. Your picture and your medals don’t tell about your leaving the farm in Moosemin, Saskatchewan or lying about your age in Kelowna to enlist. It won’t cover the horrors of the North Atlantic convoys on the way to war. These experiences were yours but your stories are the timber of the Nation’s heart and they belong to all of us. This is what we must “Never Forget”. We need much more than ads with pictures of blazers, medals and aging men and women. Recognition is so much more than just some carefully chosen faces — it is the stories behind all of the faces.

I am named after a Lancaster pathfinder pilot who died over Germany at 21. My Grandfather commanded the Canadian Forces overseas up to 1942. All of my Uncles, my Father and several Aunts were veterans. I never went to war but had proximity to the histories of those who had. But, like some of you, I know nothing of the War of 1812 or the Plains of Abraham despite having relatives in both. Memories can die through the generations. So what will it mean in the future to have fought in the “War to End All Wars” or the “War that Saved Democracy and Freedom” if nobody has more than the pictures of faces of the veterans to remember them by?

Not much. This Museum is the purveyor of your stories. We tell of what you did. People cannot leave this place without knowing of your contributions. Nobody passes through these portals and leaves only with a picture of a face. They see the machines, the battlegrounds, the factories, and hear the stories through the flow of the history that is represented within the Canadian Air & Space Museum. We exist to deliver on the promise “Let Us Never Forget”. We exist to ensure future generations have the opportunity to see, touch, feel and hear the tracings of your lives. What can be said of a Government that wants to destroy the only museum in Canada’s biggest city that is dedicated to you and demolish the historic building in which it lives? We are the custodians of your stories for the generations that will forever remain in your debt. 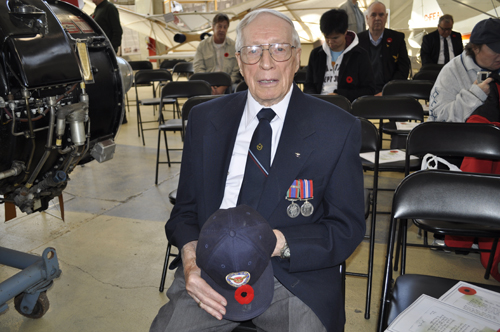 You bought us freedom. You gave us a secure crucible for a stable democracy. This Museum is today the bridge between your contribution, your efforts, your sheer heroism and the country that owes you so much. We exist to preserve the strands of memory and the living heart of this country which has been tempered and deepened by your lives and the sacrifices you made. Your stories may be in the past but the important lessons are in the present. This country owes you and itself to ensure your stories endure and inform the imagination of each generation. This is your repayment. The arc of your lives is the firmament of our future. Every Museum lost is a thousand stories a week in the dustbin of history and makes for a poorer country. We are trying to save this place in honour of what you stood for. Let Us Never Forget!

If you care for our Canadian heritage, please sign the museum’s petition. 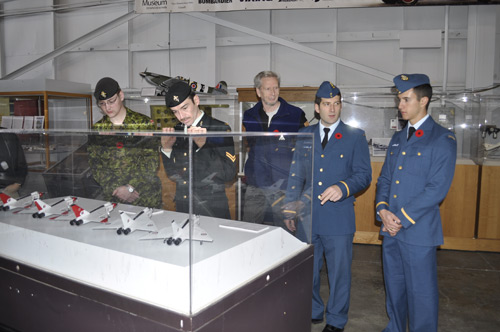