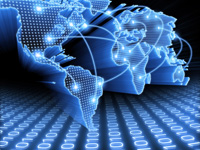 I’ve been on contract for the past couple of months at a lovely company up in Newmarket, called Solutions360. I’m part of a team working on a system for the travel industry. So we’re deep into API’s for hotels, flights, cruises and such. Listing, booking, cancelling have been our constant concerns for weeks now.

My bailiwick is a module called a Service Manager, which translates requests from our system to an outside web service. Then captures the responses and again translates them into a standard format for the system to display.

The first Service Manager I wrote used the cURL library to communicate with the external service. So when it came time to interface with the Sabre services I tried using the same mechanism; but for some reason it was a non-starter. I tweaked it as much as I could; as much as it made sense to. But the only response I got was an error that the service “couldn’t internalize the request.” *sigh*

And while Sabre’s support team has proven to be enormously helpful and responsive, on the phone and via email, if it isn’t Java or .Net, you’re pretty much on your own. END_OF_DOCUMENT_TOKEN_TO_BE_REPLACED