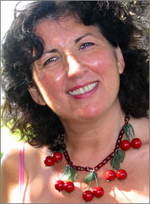 As it turned out, I had intersected with her a couple of other times, but hadn’t connected.  A few years ago, on my way to a play at the Canadian Stage, I had dinner at Hernando’s, and had admired the colourful paintings.  It turned out they were all by Lupe Rodrigues. 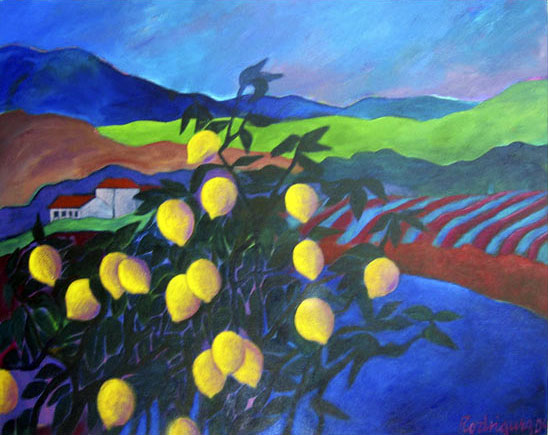 Lupe, it turns out, was a regular at Kali’s very crowded parties. Not a surprise I hadn’t met her there: I’m usually happy to have met and chatted with 3 to 5 people in an evening. Kali’s friends are too interesting not to spend time with.

But Lupe was actually from David’s crowd. They’d both gone to Jarvis Collegiate; as had many of the musicians and artists who helped us celebrate her life and work.  Among them Victor Bateman, Jaron Freeman-Fox, Fergus Hambleton, Cindy Jones, Joanna Kidd, Kevin Laliberte, Amanda Martinez, Kathleen McDonnell, Don Rooke, Anjellica Scannura, Roger Scannura, Valeria Scannura, and John Sheard, the Music Director for the evening.

Many of the people there had met in high school at Jarvis Collegiate, so it was a bit of a reunion for them.  I know that’s a powerful thing.  It both, reminds you of your youth, and the long road you’ve travelled.  There’s great joy in the thought that at least part of that road was travelled together.