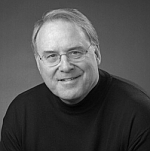 Over a month ago I contacted Ken Dryden’s riding office to arrange a meeting with my Member of Parliament.  I expected to see him within a week or two; I’d tell him of my concerns related to various issues of the day, and he’d take that into consideration when he returned to Ottawa.

But no.  It’s been over a month, and I don’t even have an appointment yet.  I was told his office had been flooded, and was currently being renovated.

If my office were flooded and needed to be renovated you can be sure I wouldn’t wait for the renovations to be completed before seeing my clients and assuring them I’m still on the job; that they can count on me to continue getting things done for them.  That it was business as usual.  I wouldn’t let a small matter like a bit of water get in the way of the important work I’m doing for them.

But hey, I’m not a politician.

[Sidebar: A friend came over to get some help setting up a website, and noticed some Dryden-related content on my screen.  It turns out he’d been trying to reach him as well, looking for help with Employment Insurance.  He’s been getting a workout with the run-around as well.]

OK, so assuming that his staff aren’t just stringing me along, and that I will, eventually, get to meet The Great Man, what will I tell him?

Well, first and foremost, is Bill C-61, Industry Minister Jim Prentice‘s take on the DMCA.  This is a complicated subject and will probably take up most of our conversation.

My main problem with this bill is that it attempts to protect big media’s traditional business model in a world which can no longer sustain that model.  The Internet has arrived.  People are figuring out how to make it serve them. The only ones not entirely delighted with this new technology are the dinosaurs who feel threatened by it.

Big media is trying to protect their businesses by getting the government to outlaw uses of the Internet that break their model.  This means turning ordinary citizens, engaged in activities they’ve long considered harmless and legitimate, into criminals.

Think I’m exaggerating?  Since the US passed the Digital Millenium Copyright Act (DMCA) into law, thousands of US citizens have been successfully sued by the RIAA and MPAA, the organizations protecting the interests of the recording and motion picture industries.  Among them, single mothers, children, students, seniors on fixed incomes.

Minister Prentice claims this is a “Made in Canada” piece of legislation, but in fact there was no public consultation.

The fact is copyright is a complicated subject.  Some lawyers make it their specialty.  Big media can afford to retain expensive lobbyists to push their agendas to legislators.  The public, who are supposed to be represented by their elected Members of Parliament, are getting short shrift in this and other battles.

Luckily, when it comes to copyright, Canadians have an impressive champion on their side: Michael Geist, law professor at the University of Ottawa, Canada Research Chair in Internet and E-commerce Law, columnist in several major Canadian newspapers, and well respected blogger, is one of those lawyers specializing in copyright.  He understands the ins and outs of copyright in Canada, the US and overseas, and is a tireless crusader for fair copyright for Canadians.

Bell and Rogers have finally admitted to throttling the BitTorrent protocol on their networks.

Throttling means reducing the amount of data allowed to go over the wire, effectively slowing down the transfer, possibly to the point where it may be too slow to be worthwhile to the user.

BitTorrent is a peer-to-peer file sharing protocol, based on open standards.

Not only is Bell throttling their customers’ feeds, they’re also throttling the wholesale feeds to their ISP customers, who then resell the handicapped feeds to their retail customers.  This removes control from the ISP’s.  In an effort to fight this, they’ve turned to the CAIP (Canadian Association of Internet Providers) which lodged a complaint with the CRTC.  Historically, the CRTC has taken a hands-off approach to the Internet in Canada, with now obvious catastrophic results.

Bell and Rogers claim that this is necessary because the 5% of their customers using BitTorrent are using up most of their bandwidth, leaving insufficient resources for the rest of the customers.  This is patently untrue, and in presentations to the CRTC, Bell has failed to prove the necessity of these measures.  Moreover, service providers in other countries, including the US, offer much more bandwidth, often at far less cost.

One last point to underscore the iniquity visited upon us by these evil telcos: the users have already paid for the bandwidth now being denied them.  They’re not asking for a free ride.  This is verging on fraud on the part of the providers, and once again, the CRTC and our elected officials are letting us down.

One reason Bell and Rogers would want to stifle peer-to-peer file sharing would be to reduce the exchange of movies and television shows, considering they now both offer online movies.  Funny how their traffic doesn’t degrade the service.

If we permit service providers to arbitrarily stymie traffic, they could and would use this to quash competition, or require compensation to allow certain types of traffic through, thereby stifling innovation in Canada.

Timmins-James Bay NDP MP Charlie Angus has introduced a Net Neutrality bill to ensure this doesn’t happen again.  It’s a short bill, and I recommend you read it.

Unfortunately, it’s a private member’s bill, and these rarely get enacted into law.  So I encourage you to call or write your MP and let him or her know you support the concept of Net Neutrality and want to see them do so on your behalf.

Otherwise, we’ll be left with the Right Honourable Corporate Puppet Prentice, who basically says he’s prepared to do precisely nothing to address the net neutrality issue:

On May 22, 2008, a secret document appeared on Wikileaks detailing discussion points for an agreement to enforce Intellectual Property Rights (IPR).  Called ACTA, the Anti-Counterfeiting Trade Agreement, it seeks to establish, without public knowledge or consultation, a broad, international agreement, empowering border guards to inspect, seize and destroy electronic devices such as computers, jump drives and media players such as iPods, if illegal copyrighted material is found therein.

The border guards would have broad discretionary powers in determining what was and wasn’t considered legal.

But wait, there’s more.  ISP’s would be “encouraged” to drop the dime on copyright violators.  So, forget about online privacy.

I don’t know about you, but reading this stuff, I feel as if I were holding a draft copy of Mein Kampf.  If we allow this to proceed, we’ll be sanctioning the transformation of Canada into a police state.

So, that’s my list so far.  Let me know if you have anything to add, or if you’ve been waiting to speak to Ken Dryden yourself, but have been rebuffed due to soggy carpets.

One thought on “What I’ll Tell Ken Dryden”