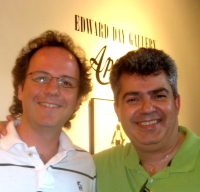 They called it a “strategy building session”, but it sure felt like a pep rally to me.  Don’t get me wrong: there’s nothing wrong with pep rallies.  Especially when they’re done right.  And this one was done very well.  From the hip and inspiring location, to the fresh snacks, to the articulate, well-informed, engaging speakers; it was a pleasure to participate in this event.

The location was the enchanting Edward Day Gallery, in a trendy part of Queen Street, nestled between au courant eateries and boutiques, which very coincidentally, just happened to be hosting a show called Appropos: focussing on the effects of the changing copyright legislation on the production of images in art.

Events such as these live and die based on the organizational efforts of the many volunteers.  From the moment I approached the entrance, I enjoyed the effect of those efforts: two very friendly greeters, sitting behind MacBook Pro’s, asked me which riding I was from (they looked it up for me using my postal code), and offered me a Fair Copyright for Canada branded name tag.  I was invited to help myself to a Fair Copyright for Canada t-shirt and pamphlet, as well as some unbranded coffee and baked goods in the North gallery.

The host of the evening was CBC’s Jesse Hirsh, who ably set the tone, and moved things along at a good clip.

Our next speaker was the NDP member for Timmins-James Bay, Charlie Angus, who’s recently introduced a private member’s bill on Net Neutrality as a response to Bell and Rogers’ throttling of BitTorrent feeds.

The last speaker was the headliner: Professor Michael Geist, of the University of Ottawa.

I wish I could tell you about themeat and potatoes of the evening: the actual discussions and points they were making.  But frankly, I’m bagged.  I hope to get to this tomorrow.

In the meantime, here are some pix of the event. 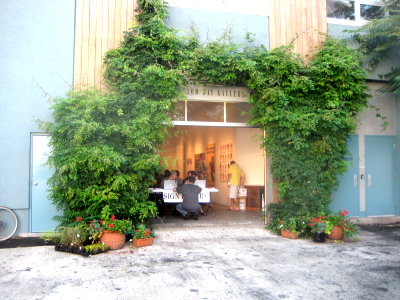 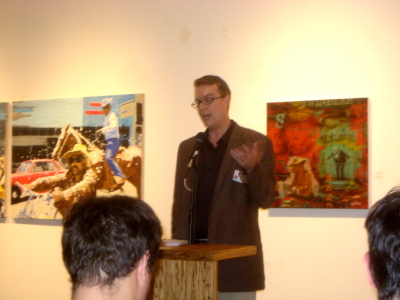 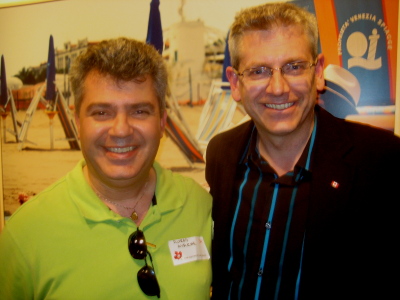