I’m starting a new category dedicated to the beleaguered legions who are pressed into service during the precious few hours of respite they have from working for the man: The Weekend SysAdmins. 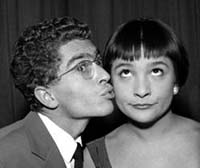 I’m a programmer.  Which means I turn up my nose at hardware and systems administration.  I exist and evolve on a higher plane.  That is, until I have hardware or systems administration problems.  Or, more often than not, friends and family, who have not necessarily taken my advice to switch to Linux and are inexplicably clinging to Windows, have them.  Then I burn untold hours trying to look like a super hero, fixing whatever niggling problem niggles them.  But as the hours tick by, and I’m shaving the yak, I look less and less like a rock star, and my true persona of hapless schlemeil emerges.

Still, every now and then I uncover a little nugget of unalloyed Truth which I deem worthy of sharing with my fans (yes, you and the other guy).  Which brings me here.

Today, we’ll start with a few general tips on systems administration, and a warning about a program which purports to rid you of some nastiness, but in fact just wastes your time, and then seeks to plunder your pockets.

Use Firefox 3 rather than Internet Explorer. If you’ve read even the few blog entries I’ve logged so far, you won’t be surprised by my first tip.  FF3 is inherently more secure than IE.  In fact, most browsers are inherently more secure than IE.  This is slowly changing as Microsoft releases new versions; but IE is also a piss-poor (that’s the technical term) browser.  So you’re better off with FF3 on a number of fronts.  (Pluswhich, you can customize FF3 to your heart’s desire.)

There are two legitimate uses for IE: updating your Windows system, and downloading Firefox.  Probably not in that order.

Always have virus protection.  It doesn’t have to cost much.  You can download a free version of AVG’s anti-virus program.  Set it up to run a full scan every night at 2am. (or whenever you can be reasonably sure no one will be on the computer: programs which scan your hard drive seriously affect performance; so it’s best done when you’re not trying to surf the Net, or balance your checkbook.)  Then you can pretty much forget about it.  Anti-virus programs seek out viruses (virii?) and either remove or quarantine them.

Regularly scan for adware and spyware.  And by regularly I mean, maybe once a week or so.  The NotoriousWebmaster recommends AdAware.  Some people also like to run Spybot Search & Destroy.

Regularly clean your registry.  The registry is the central nervous system of the Windows operating system.  Take out the registry and you’re left with a boat anchor.  Once again there is a free option available: Eusing Free Registry Cleaner.  Keeping the registry free of detritus will allow your system to boot and operate faster. Maybe do this one every 3 months or so, depending on how often you install and uninstall software.

Regularly defragment your hard drive.  This doesn’t even cost a download: it comes with Windows.  You do, however, need at least 15% of your disk to be free.  A defragged drive will load programs and data faster.  You may want to do this every 6 months or so.

I was helping my friend Marianne with her WinXP Home computer.  Among many other problems, they kept getting popups from something called AntiSpyCheck.  A little Googling told us that it was nasty adware which slowed down your computer, and several sites recommended downloading SpyHunter to rid your machine of this scourge.  And so we did.

Turns out SpyHunter was a full suite of tools, and it launched into a very thorough scan of the machine, identifying numerous malware targets.  It took almost an hour before I pulled the plug on the scan, at which point it announced that to eliminate the malware found, we needed to cross its palm with silver.

That’s when I terminated SpyHunter with extreme prejudice, and went after the AntiSpyCheck manually.

Don’t get me wrong: I do believe in paying for software.  But I also strongly believe in being clear about what the deal is before you take up peoples’ time.  Frankly, I suspect the SpyHunter hooligans are the same bunch of lovelies who brought us AntiSpyCheck.

Do you want to avoid all these hassles and intrusions into your time and privacy?  Simple: switch from Windows to OS X or Linux. 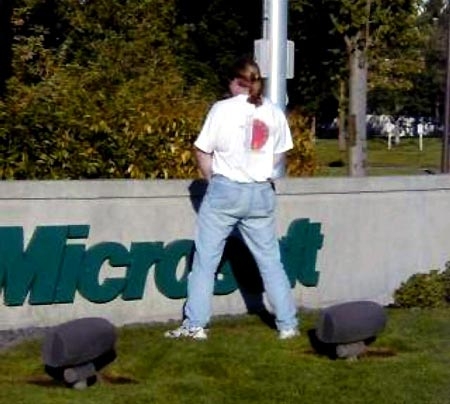